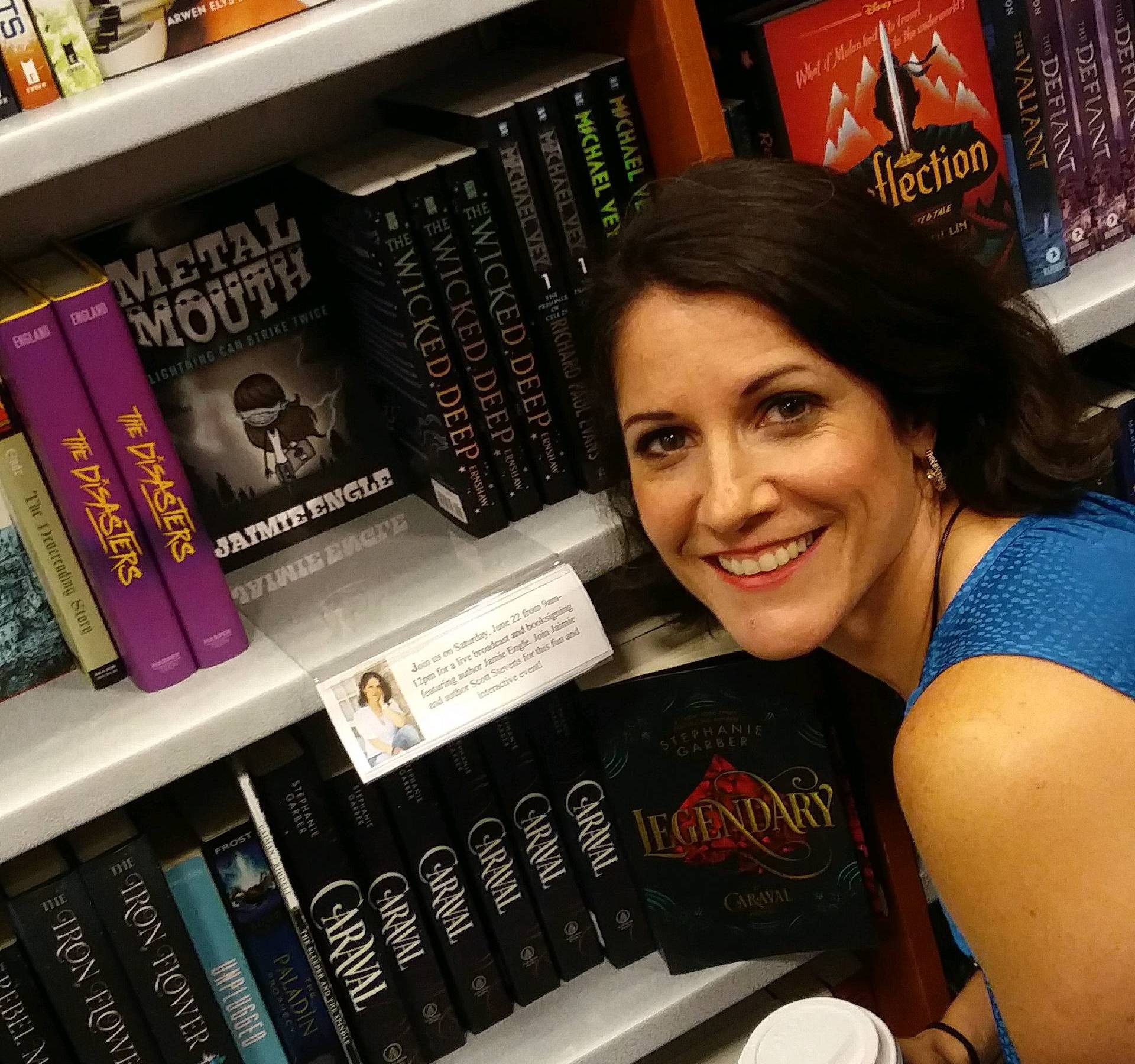 “The Corona Virus is affecting everyone, including our INtense team,” said Jana Grissom, owner and founder of INtense Publications. “We are here for the kids. For the authors already published, I’ve encouraged them to offer free ebooks for children, giving my full support to spoil kids! Together, we can try to make this time as magical for them as possible, and what better way to escape reality than through a child’s imagination?” Melbourne author invited to share books with readers across the coast Brandon, FL, November 2019 – Jaimie Engle has called Brevard County home since she was seven, around the time she decided she would be a writer when she grew up. Now, she shares…

Connecting pop culture fads like cosplay with literature is a great way for kids to understand concepts in characterization in both cosplay and writing.”

HUGE thanks to David and the gang at the Oviedo Mall Barnes & Noble for making Scott and I feel like New York Times Bestsellers!

“We can on costumes and escape into a reality that is our own or find courage to do something we couldn’t before. There is a freedom in taking on the persona of someone else through cosplay.”

What if one moment changed everything? Mahlorie hates her braces. And who cares what she looks like anyway? Her parents sure do. Dad, a travelling magician, and Mom, a famous erotica author, constantly harp on the importance of appearance. Her best friend Shai is…

Independent Author to Meet Kids and Talk about Books, Life as an Author, and Storytelling through Cosplay Oviedo, FL, October 5, 2018 – “I have the best job in the world. I get to play dress up and pretend for a living.”—Jaimie Engle On…